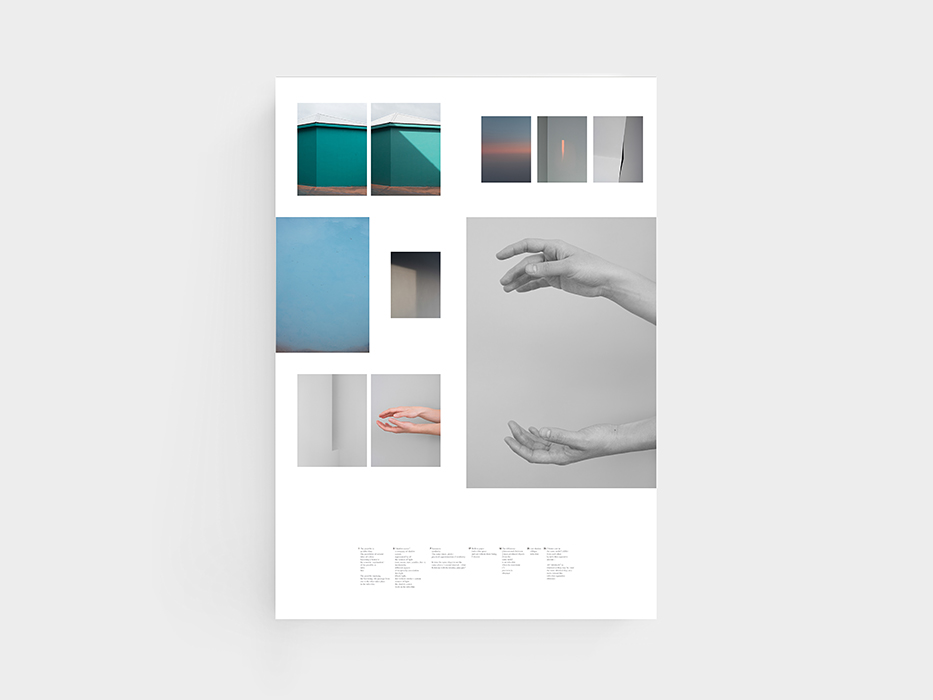 One can only give examples of it draws on a neologism coined by cubist, Dadaist and conceptual artist Marcel Duchamp (1887-1968): the infrathin; a notion with no conceptual definition that –as he said in an interview in 1945– can only be explained by examples of it, like ‘the warmth of a seat which has just been left’, ‘the difference between two forms cast from the same mould’, or ‘when the tobacco smoke smells also of the mouth which exhales it’. Ideas that reveal a sensibility towards the subtle differences that movement, the passage of time, dimension and state shifts, repetitions, or non-visible physical sensations create.

Through a series of still and moving images, I translate my own examples of the infrathin to visual representations, trying to fill the gap caused by the impossibility of definition. To inscribe those vague and sometimes barely perceptible energies, I have focused not on the object, but its trace or projection; on the absence and not the presence; not on what it is, but what it´s about to happen or it´s almost gone; on what exists only as a possibility; and also on the difference between each repetition, movement or replica.